Summary: A review of well-known experiments from Cognitive Science such as the suppression and the Wason selection task will be given.We will also show how they can be adequately modeled in a suitable three valued logic, where models are computed as the least fixed point of an appropriate semantic operator, and reasoning is performed with respect to these models. 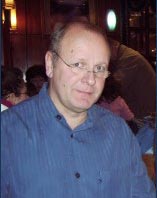 After graduating in Computer Science Steffen Hölldobler joined Alan Robinson's Logic Programming Research Group at the Syracuse University, USA, as a visiting research associate in 1983. During this visit he became interested in the combination of logic and functional programming. Focusing on equational logic programming he received a Dr.rer.nat. from the University of the Federal Armed Forces at Munich, Germany, in 1988.

Shortly afterwards he joined Wolfgang Bibel's Intellectics group at the TU Darmstadt, Germany. Coming across various approaches on planning he developed a new calculus for deductive planning based on an equational logic together with Josef Schneeberger. This approach has been further developed. It is now known under the name fluent calculus and is regarded as one of the major approaches in the area of reasoning about situations, actions and causality.

In 1989 he was offered a one-year fellowship as a postdoc at the International Computer Science Institute (ICSI) at Berkeley, USA. There he was introduced to connectionism by Jerry Feldman. His research at the ICSI finally led to a postdoctoral thesis (Habilitation) on Automated Inferencing and Connectionist Models in 1993.

In the same year he became Professor for Knowledge Representation and Reasoning in the Computer Science Department at the Technische Universität Dresden. His research interests include logic and deduction, logic programming, knowledge representation and reasoning as well as connectionism. He is the author of four monographs and more than 80 scientific articles.

For further information, see his homepage.